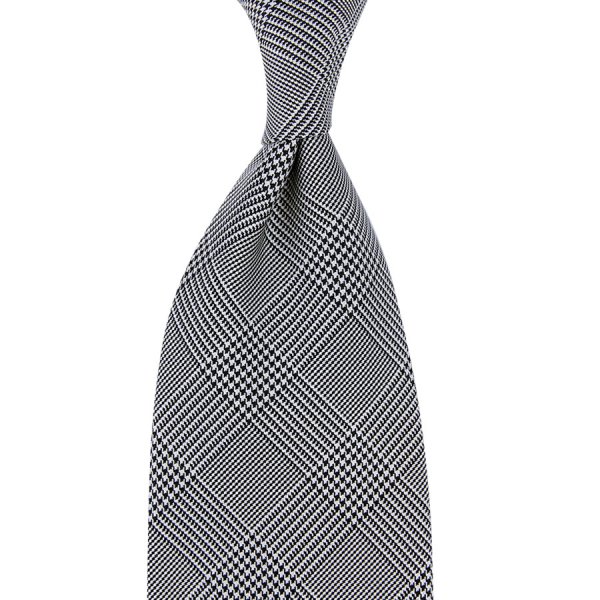 One of the great classic patterns, the glencheck is named after Glenurquhart Castle, where this particular pattern was first used in the 19th century by the Countess of Seafield to outfit her gamekeepers. The other popular version is the Prince-of-Wales-check, which is a glencheck with a colorful overcheck, made very popular by the bearer of the title in the early 20th century.

In the heart of the Italian silk industry, Como, lies one of the oldest silk weavers in Europe. Founded in mid-19th-century, at first as a supplier of silk for furnishings and clothing, they began to make silk for ties when it took its modern shape at the beginning of the 20th century. To this day, a lot of historic, wooden looms are in use, which have not been produced in decades. But there is no substitute for them: our popular grenadine silk is woven on them, for example. We just love this heritage of Italian craftsmanship and we do our best to keep those traditions alive.